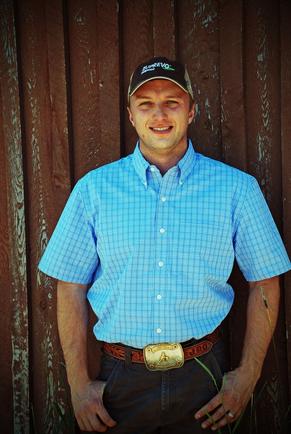 Jesse grew up not too far from the Stillwater Valley, just north of Laurel, MT. He has worked and competed with horses and cattle in various "arenas" from an early age. At Montana State University - Bozeman, he completed a Animal Systems Biotechnology bachelors degree and a Masters of Animal Science in reproductive physiology. He then received his doctorate at Washington State University - College of Veterinary Medicine, graduating in 2013.

Jesse enjoys all aspects of veterinary medicine, his particular interests include large animal reproduction, equine lameness, general small animal medicine and surgery, dentistry and podiatry. Jesse is very excited to join the Stillwater Vet team as of June 2014 and looks forward to being part of such a wonderful community. He will be seeing appointments for large and small animals

In his spare time Jesse enjoys just about everything outdoors that the area has to offer, spending time with his wife Dr. Tierney Olsen and toddler, and all of their critters.